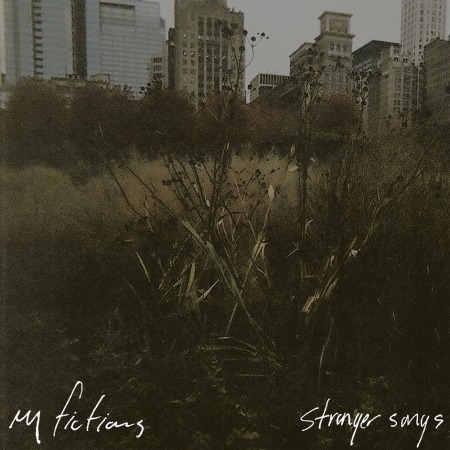 Boston group My Fictions know how to do hardcore right. Their new album, “Stranger Songs,” is fast, slick and uses volume to punish the listener’s emotions, not just their eardrums. At 10 songs and 28 minutes, it’s the work of a band that sounds frustrated and confused by the world around them, and they take out their feelings as quick as they can, with no unnecessary embellishments. “Stranger Songs” is loud and assaulting, with a dark and uncertain tone to boot.

The album’s opening track, “Mt. Misery,” starts with a bit of a cop-out intro, before jumping suddenly into a menacing, hardcore blast. Its follow-up, “Postcard,” the shortest track on the album, is an all-out assault on the listener. It is, as many of the songs are, centered on the frantic and explosive drumming that drives the beat further and further into submission. “Parking Lot” and “Stranger” also play around with false or building openings, and the energy behind the kit never lets up throughout the album.

But the album isn’t just about volume, it’s about using it properly. The album has an almost tantric feel to it, quickly softening and building back up, sometimes hitting a huge climax, sometimes not. “Airport Song” drops off completely at the end, leaving just faint bass notes and distant vocals. “Lower (A Selfish Song)” slows down towards the end for a punishing mid-tempo climax that’s as abrasive as they can get. My Fictions don’t come out of the gate and pound the listener into the ground with speed and volume – they welcome the quieter moments and tempo changes that enhance the hardcore sound.

“Stranger Songs” is not a summer album. I’d been receiving e-mails from (the excellent) Topshelf Records about the album’s release for months prior, but it’s a little difficult to get into it when I have the air conditioner running. It’s a dark and dense album, with the lyrics’ emotions coming out through the strained vocals. The band have an aura of unbridled frustration, no more apparent than on the aptly-named “Wake Anxious.” The guitars are dissonant and thundering, the drums heavy and the vocals distant and screamed. They sound disturbed by something, just in general, and use this album as their release. The album’s midpoint, “Concern,” is centered around a soundclip of someone asking a poet, “How can you write poetry if you’re not bothered by something?,” a line that comes up again in the final song. Taking a thunderous approach to your music only works if we believe there’s the frustration and anger behind it, and it’s on display here. They’re bothered. And it comes on full force. So prepare yourselves.

On an unrelated side note, I will be attending grad school in the fall. That does put this blog’s name in jeopardy, for sure. But I will be going to Emerson which is, by sheer coincidence, partially pictured in the cover of this album. I would like to promise this didn’t influence this review but no guarantees.

If you like this, try: I’m not up on my hardcore, I’m usually floored by a hardcore band’s stability throughout an album. So I’d like to suggest fellow Boston band Defeater’s recent “Letters Home” album, a continuation of their insane multi-album concept.

Bands continuing on after the death a key member is no strange thing. Queen stumbled when they added Paul Rodgers, while Alice In Chains is continuing with a surprising successful replacement singer. These things happen, and whether you want to give the band the benefit of the doubt or not is dependent on the situation. Sublime should’ve stopped, while AC/DC only got bigger. But this feels different. “Life, Love & Hope” isn’t Boston moving on, it’s them remembering the life of Brad Delp. Delp was almost unmatched in rock – his voice was meteoric, screamingly loud and high while always gorgeous. And his style worked alongside Marc Bolan is ushering in rock’s glam phase. When Delp was found dead in his car in 2007, it was a crushing blow to a band that was already fading into the limelights. This album, through all it’s faults, serves as a parting piece for those of us that loved Delp. And Boston fans will want to give it the benefit of the doubt.

So let’s focus on the negatives first. There’s eleven songs on this album – eight if you don’t count reworked versions of “Someone” “Didn’t Mean To Fall in Love” and “You Gave Up On Love.” Of those eight, three have ‘love’ in the title ( that’s 5/11). There’s a lot of downtime on the album. Ballads galore, with plenty of acoustic and piano bits. Lyrically, it’s corny, it’s really corny. It’s called “Life, Love & Hope,” and my AP style insides are screaming. The glam scene that Boston had an early cog in was a largely corny genre altogether, so it’s expected, but it’s still a little over the top. And most of the album isn’t very memorable. While it isn’t bad, it’s best suited as background music and little else.

That said, Boston had one of the most definitively unique sounds ever, and this is Boston. The opening to the first song, “Heaven On Earth,” is a quick guitar slide that promises the listener that Tom Scholz has never turned his pedals off. It doesn’t have the energy of earlier releases, and there’s few (if any) solos on the album, but they still sound the same. Vocally, the album is all over the place, but it’s alright. Delp’s voice shows up on three songs, although two are previous recordings from reworks of songs on “Corporate America.” The other singers on the album, of which there’s five, simply aren’t as strong. The clever track listing lets Delp jump in at the right moments. But the addition of other singers, which include current lead singer Tommy DeCarlo, feels like a tribute instead of a fault. The album’s rough assemblage of new and old songs acts as a strong tribute to the fallen singer.

There is one new song on the album that Delp recorded after 2002’s “Corporate America.” It’s called “Sail Away,” and it’s in response to the government’s mishandling of Hurricane Katrina. It’s easily the best song on the album. Concise and a little more intuitive than earlier songs, “Sail Away” is a great example of how a band can still be on top of things years later.

It’s hard to believe that this is only Boston’s sixth album in thirty-seven years. I was co-runner of an embarrassing Facebook page in high school called “Boston should be in the Rock and Roll Hall of Fame” (that has since been removed). My music tastes have grown and are completely removed from what they used to be, but I continue to love Boston. Maybe because they’re named after my home city, but something always draws me back to them. And while “Life, Love & Hope” has many faults, it serves as a fitting tribute to the late Brad Delp, and as a positive notch in the history of a very interesting band. 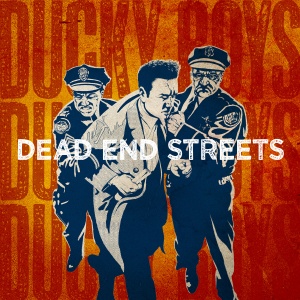 Boston street-punk legends the Ducky Boys returned from a second hiatus and even more line-up changes in 2011, and their second album since is a solid effort. It isn’t a goldmine, but it holds up remarkably well amongst the albums of their other aging contemporaries. The Ducky Boys have stuck to the same successful status quo, and it produces another good album. Lyrically, the album is kind of all over the place, in a good way. There is some emotional damage coming through in some lyrics, as the Ducky Boys have always defied some punk stereotypes and been ones to open up and explore themselves. There is, of course, typical street-punk songs too. Songs like the title track and the opener “You Don’t Wanna Know Me” exemplify the 90’s Boston street-punk scene that brought them thus far.

Musically, most tracks follow the simple punk formula, which is completely expected. In fact, it is welcoming to embrace, as most punk bands that survive the same length of time that the Ducky Boys have often open to slower and catchier music without any reason. The Ducky Boys have reason when they do, as they occasionally embrace acoustic, bluesy or reggae-inspired rhythms throughout the album, which provide some nice breaks in between stacks of punk songs. When the Boys switch up their influences, they work, because they have their reasoning to back it.

“Dead End Streets,” like many other punk albums, does begin to become tedious by the end, as the band’s better ideas are exhausted earlier in the album. Punk albums tend to have a way of making 34 minutes feel longer. “Dead End Streets” is still a strong record though. It is not completely original, and it does not stand up against classic punk. It does not try to be anything more than what it is, though, and it excels as an enjoyable and listenable street-punk record from some legends.