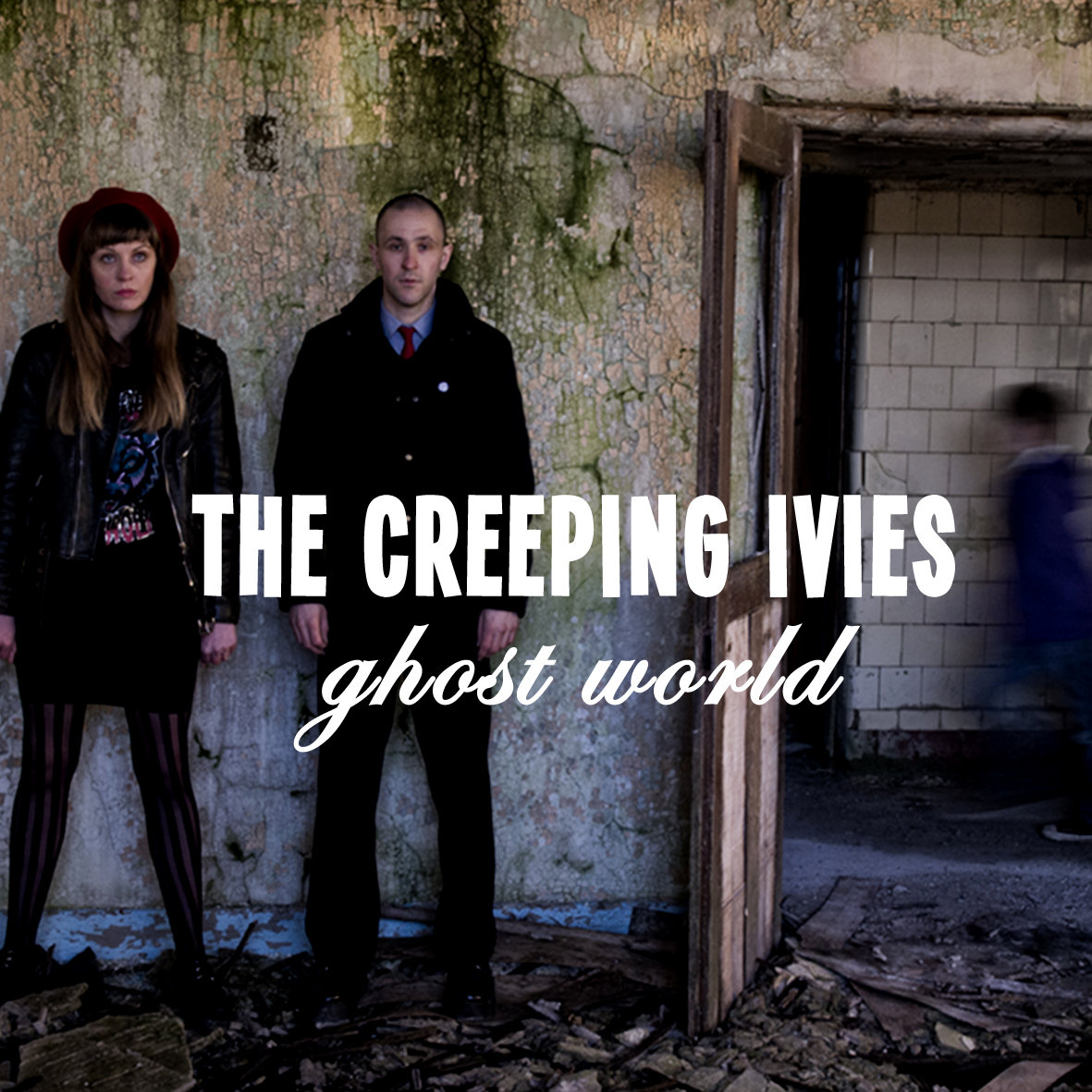 An immediate comparison between the Creeping Ivies and the Black Keys or the White Stripes might be unwarranted, but tough to ignore – the Creeping Ivies are a guitar and drums duo, making loud and fuzzy garage-blues-punk that calls back to their idols. But that’s only a jumping-off point, because the Creeping Ivies harken back to an entirely different era of music. “Ghost World,” their second full-length, sounds more like an album that would fit right in at a dark NY punk club in 1979.

The Scottish band – consisting of Becca Bomb and Duncan Destruction (real names, I’ll continue to pretend) – use bluesy-garage rock to channel some of the more inventive 80’s punk. Becca’s wide vocals dominate the album, often booming over the guitar and drums. It’s almost impossible not to be reminded of Poly Styrene of X-Ray Spex and Exene Cervenka of X, two 80’s punk bands that often incorporated blues and jazz into their music. And like Styrene and Cervenka, Becca’s vocals determine the song, especially on trippier songs like the excellent “Ramona Wolf.” Alternately cool, standard and hollering, Becca’s vocals are disarmingly decisive, and go against the rather lackluster vocals of most other garage bands today.

While other blues-punk bands often use blues as the center of their music, the Creeping Ivies tend to gravitate more towards punk and, in the aftermath, volume. The garage and blues elements help to pump the songs up and differentiate them, but are background parts. Songs like “The Creeps” sound ripped out of a Cramps album, not from a garage somewhere in Tennessee. And it helps give the songs energy. Even if the album is bluesy, it isn’t moody or too into itself, like the Black Keys can sometimes get. Instead, it’s loud and fun, never taking itself too seriously.

So whether the Creeping Ivies would qualify more as “blues” or “punk” I think would go to the latter. Penultimate track “What Would Johnny Ramone Do?” brings forth angst about MTV and the radio while channeling, again, an idol. “Ghost World” packs a bigger punch than first expected, and sounds very original in the midst of some bands that are starting to sound too similar. It’s loud, fun, distorted, and over not too long after it begins. It’s an album for a couple different eras, as long as it’s turned up.

The album is available for streaming and purchase here. (Bandcamp has a money conversion)

If you like this, try: As mentioned, I was reminded of the Cramps, so the Cramps’ classic 1980 debut, “Songs the Lord Taught Us.”