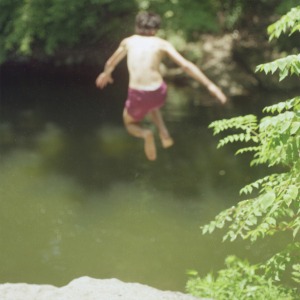 Key Tracks: “Picture of a Tree That Doesn’t Look Okay,” “You Will Never Go To Space,” “Ultimate Steve”

The band trying to claim their prize for current longest name have released their full-length debut on the glorious Top Shelf Records. The band – often abbreviated, or called “The World Is” for short – is a six-piece from Connecticut. They differ from Top Shelf’s normal bands, who fall under the umbrella term of ‘modern emo’ (here’s looking at you, Snowing). They are definitely a modern emo band, but one that is even more original than their label-mates. Their first EP’s, “Formlessness” and “Josh Is Dead,” were four and three tracks, respectively. But in those three tracks the band established themselves as one that was not afraid to play around with lo-fi influences that can also include group choruses and screaming intensity.

Those previous EP’s showed that The World Is was not afraid of recording a quiet and toned-down piece that builds to a big and loud payoff later on the album. While bands will often do this in a song (think: nearly every Sonic Youth song), The World Is does it as arcs. Two songs might be separate ideas that contribute to a booming climax a song later. It’s all very unique and often very wrenching. Their first full-length, though, suffers from too much build-up and not enough pay-off.

That is not to say the album is not good. It’s great, it’s absolutely great. Even in it’s outwardly subdued moments, the band can easily create an uneasy feeling, a sense that something is not right. They competently do this in every one of the album’s ten songs. This is what emo sounds like now, inspired equally by shoegaze, experimentation, other current emo bands, and probably suburban CT life. The World Is is one of my favorite bands out there now, they’re pioneering a wholly new sound. “Whenever, If Ever” just needs one or two more pay-offs of screaming vocals to separate the quiet moments. Still, this album is unique. It has its faults, but it is extraordinarily original. And at the end of the day, a band making some faulty quests into new territory is largely better than one sticking around in familiar territory.

If you like this, try: Their old EP’s, mentioned above. All are available on Spotify and Bandcamp. Alternately, “Fun” by Algernon Cadwallader or “I Could Do Whatever I Wanted If I Wanted” by Snowing. Check out every band on Top Shelf Records, if you’re truly interested.

2 thoughts on “The World is a Beautiful Place & I Am No Longer Afraid to Die – “Whenever, If Ever””