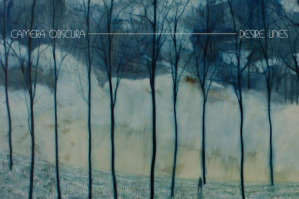 Indie-folk bands like Camera Obscura are generally not known for being adventurous and playing around with genres and ideas. Any fan or casual listener of the genre pretty much knows what he or she is getting into when a new album by a band like Camera Obscura comes out. But “Desire Lines,” the band’s fifth album and first in four years, is seriously lacking something. The album is almost minimalistic, relying on only key instruments in a majority of the songs. It adds a certain consistency to the record, that helps it to flow without any rough transitions between ideas. It also, however, starts to feel like one long, run-on song that was not very interesting to start with.

The album, as a whole, feels like an unfinished idea. Indeed, the final track, “Desire Lines,” ends like a normal song. On both listens I found myself checking to see if my Internet had crashed, not realizing I had hit the album’s end. Lyrically, there is little original going on. Some of the more stand out tracks, like “I Missed Your Party” and “William’s Heart” have boring and uninspired lyrics. They are presented, too, by pretty and rhythmic vocals, but singer Tracyanne Campbell does not sound like she believes in her own lyrics.

Musically, the album is largely devoid of any detail. Every song is dominated by conventional rock instruments. Most of the songs seem to take the same relative tempo, with only “Cri Du Coeur”‘s wickedly-slow (and ultimately exceedingly dull) tempo providing a switch. “I Missed Your Party” has a nice addition of horns, which does bring a listener back in towards the album’s close.

“Desire Lines” is a moderately enjoyable listen, to someone who likes indie-folk acts like Rilo Kiley. Once it ends, though, it is immediately forgettable. It is innocent and fun pop, but never tries to be remarkable or original. “Desire Lines” is a low point for the usually great Camera Obscura.