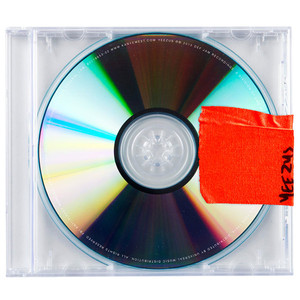 (Note: This and a few other of my reviews will be featured weekly on The Filtered Lens)

Kanye might be one to constantly reinvent himself, but “Yeezus” will still be a mark in his discography, the moment where his music truly hit revolutionary ground. “Yeezus” is an eclectic work, resulting in what has to be the first ever industrial rock / hip-hop pairing. This is the result of Daft Punk, Rick Rubin and Bon Iver frontman Justin Vernon all showing up with writing and producing credits.

Musically, “Yeezus” is a sonic experience. West’s rapping is mixed over blends of house and industrial music, with dramatic tonal shifts at any moment. “I Am a God” switches from rapping to ambient screaming at one point. The music lands anywhere from personal to terrifying, in a way that flows throughout the whole album. It feels minimalistic, too, despite the genre blending and the originality. Rubin was brought in to make a more stripped-down sound. West released no singles for the album, because hearing a track on the radio would diminish its feeling of placement as musically, the album can only be appreciated as a whole.

West’s lyrics lack any sort of flow, providing a surprising disappointment for the album. They are effective on every song, but there is no zeitgeist, no general theme. Songs like “I Am a God” and “New Slaves” aim to make some serious notes on culture, while “I’m In It” is nothing more than a crude song about sex. With no flow, the statement songs are less effective because they sound like rants, even if they’re well-written and well-performed. Each track, individually, has great lyrics, but not the album as a whole. Still, “Yeezus” is a powerhouse of originality, worthy of all the attention it is receiving.

One thought on “Kanye West – “Yeezus””