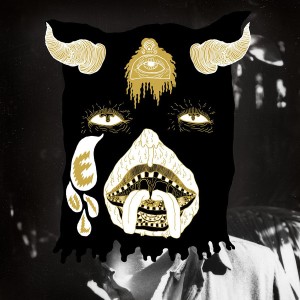 Photo Credit: Under the Gun Review

Portugal. The Man have somehow found their way to prevalence in the indie world. They’re not the most interesting band, but they are constantly on tour and they try (and usually succeed) to record an album every year. Their consistency might be what has helped to make them a name over the past few years. Whatever it may be, they picked the right time to make a record like “Evil Friends.” Famous producer Danger Mouse was brought in to diversify the band’s sound, and although his mark might be left a little too hard, the band was left with their best album yet.

Portugal. The Man have always been an enjoyable band, but it took many albums for them to start to hit outside their comfort zone. True, their comfort zone has switched from garage rock to more of a sweeter, indie-pop sound. The transition has been slow, though, and this album expands their sound while maintaining their musical innocence. Every track is a fun and bouncy dose of indie-pop, all radio-ready but different from the previous song. Danger Mouse helped the band expand their sound to every limitation of alt-pop, with the best possible results.

Interestingly, the lyrics consistently haunt at things deeper. They don’t always get there, but with song titles like “Creep in a T-Shirt,” “Evil Friends,” and “Modern Jesus,” some darker themes are clearly being presented. Religion and nasty break-ups are emotionally worked through, sometimes cleanly, sometimes not. The lyrics do not necessarily fit the music, but the quality of the package as a whole makes it possible to overlook this. Overall, it is not the most unforgettable album, or the most original. If some great indie-pop from a respected band is what you’re looking for, though, “Evil Friends” is the right direction to turn in.