Ask people to name the biggest classic rock bands – what do they usually say? The Beatles, Led Zeppelin, the Stones, the Eagles, Springsteen.

Tom Petty & the Heartbreakers isn’t usually a name that comes up under either list, yet we all love him, and he’s had one of the longest and most successful careers of anyone from the classic rock era. So, why is that? There’s one simple reason, and it’s the reason why he’s still famous today. Just a few weeks ago, news came out that Petty had settled a case out of court with singer Sam Smith over his now-award-winning song “Stay With Me.” Smith’s song follows the same melody as Petty’s 1989 song “I Won’t Back Down.” The fact that it was settled and that neither party was the one to break the news reinforces Petty’s later comment that it was pure coincidence. But coincidence or not (and I think it was), this is the third time this has happened.

Musicians getting sued over stealing riffs and melodies has always happened. Robin Thicke and Pharrell are currently fighting a losing battle with the Gaye family estate over “Blurred Lines.” The Rolling Stones probably make more in royalties from “Bittersweet Symphony” than the Verve ever will. Coldplay’s “Viva la Vida” was allegedly ripped off from Joe Satriani’s “If I Could Fly,” which was in turn alleged to be a ripoff of Cat Stevens’ “Foreigner Suite.” It’s always happening.

But this is now the third time in 13 years that Petty has been able to hold up a yellow card and call someone out for ripping him off.

In 2001, a little band called The Strokes released a little song called “Last Nite.” You may have heard it. The song almost single-handedly opened an indie revolution that had been laying dormant, unleashing the likes of the White Stripes, the Yeah Yeah Yeahs, Interpol, Franz Ferdinand, the already veteran Modest Mouse, and many more, in a short span. But it didn’t take long for people to realize that the opening riff to the song sounded an awful like the Heartbreakers’ first single, “American Girl.” Petty never sued or made any deal of it. But the Strokes still admitted that the riff was stolen. In 2006, Petty said of the steal, “…there was an interview that took place with them where they actually admitted it. That made me laugh out loud. I was like, ‘OK, good for you.’ It doesn’t bother me.” Petty even invited the Strokes to open on a tour that year.

Also in 2006, there was a little song called “Dani California” by a little band called the Red Hot Chili Peppers. You may be familiar with that one too, it’s the one where they made a video honoring a whole bunch of musicians who are far better than them. It wasn’t their first single, far from it (it was #30), they were and are one of the most established names in rock. But they, too, were accused of a Petty ripoff. The rhythm of the song matches that of Petty’s classic 1993 single “Mary Jane’s Last Dance.” Being the Chili Peppers, they feverishly denied it and claimed to be an original band capable of original ideas, even though the lyrics of the two songs are also pretty similar. Still, Petty didn’t sue or take any action.

Perhaps because this is getting repetitive, or perhaps because the song is just a little too close, but Petty’s publicists did get involved with “Stay With Me,” although the original low-laying settlement gives the vibe that Petty and Lynne had little interest in it and just saw it as a happy accident. The result, as you likely saw last week, is that Petty and ELO’s Jeff Lynne now share songwriting credits with Smith, Jimmy Napier and William Phillips. The song’s shelf-worth number of Grammy wins has continued to make this a notable story, too.

So why does this keep happening to Petty? It could just lie in the fact that Tom Petty is great and that nearly all of his big hits are excellent songs that never really get old. But that’s only the surface of it. 1976 saw the release of “Ramones,” “Boston,” “Station to Station,” and “the Runaways.” The Beatles were six years gone, Bob Dylan was beginning to show he wasn’t perfect, and Led Zeppelin was closing down. The Beatles the first band to prove that the album format could succeed, even with albums filled with original music. After that, nearly every band tried to rebel against music by creating an identity that was purely their own. The Ramones invented power chords, KISS and Alice Cooper wore make-up, Led Zeppelin were sloppy, AC/DC were tight, Black Sabbath sang about robots and suicide, and bands like Queen, Blondie and Fleetwood Mac all had their own, distinct sounds.

Petty, and the Heartbreakers, rebelled against that by not really doing anything original at all. Their music has never been showy, never grandiose, never Earth-shattering, and that’s what makes it so good. Classic rock can be exhausting, when “Freebird” gets followed up with “Iron Man” and “Dazed and Confused.” But when “American Girl,” or “Free Fallin'” comes on, it’s a sigh of relief. The Heartbreakers were one of the most successful classic rock bands that never tried too hard. Their songs are simple, just straightforward rock songs that could easily be by anyone, if you couldn’t immediately tell they were by Petty. Petty was a trailblazer in repetition. I don’t listen to much rock radio these days, I imagine it’s just filled with Nickelback and Stone Sour, but in a weird way, they have Petty to thank. the Heartbreakers often wrote rhythms that weren’t straightforward, but still simple – and have been copied. Petty was one of the first to know that rock music could just be what it is, as long as it’s catchy and memorable. And that’s why he’s now swimming in money and publicity. Petty rode a middle road – making music that was neither too sloppy or offensive to turn off a traditional crowd, but not dull enough to turn off new rock purists, either. And he’s still going, playing it. In short, Petty was one of many to help put the system of rock in place, but was one of the only who realized he could rig it, too.

the Heartbreakers released an album last year, “Hypnotic Eye.” It has an average of 77 on Metacritic and was the band’s first ever #1 album. This blog started but never finished a review, as I never found anything to say that wasn’t already being said. It was a great album, it was what they do best – straightforward rock. They’re still going, 39 years after their debut. They’ve essentially outlived the Strokes and the Red Hot Chili Peppers, who have both been flirting with irrelevancy for years now. And Sam Smith’s questionable reviews from the get-go might prove tough for the future, even with the Grammy sweep. In 1976, rock music was finally fully forming, it was finally done being molded by Paul McCartney, Muddy Waters, Robert Plant, Freddie Mercury, and countless others. Petty was one of the only ones that picked a safe stance (you could argue that AC/DC did too). He’s still playing sold-out shows, and is one of the few holdovers from the classic rock era: Springsteen, McCartney, the Eagles and Fleetwood Mac are still going strong, but that’s about it. My advice to young musicians is to always take the road less taken; but Petty didn’t, and he’s made an entire career out of it, to the point where he’s constantly being ripped off. We might eventually phase out the more showy classic rock, but we’ll never lose Petty. Keep going, Tom, you’ve earned it.

Post-Grad Music Reviews is run by Andrew McNally. Comments can be left below, questions and angry responses are welcomed at amcnal817@gmail.com 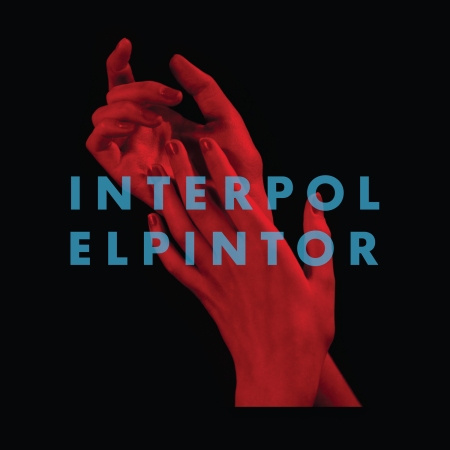 Key Tracks: “All the Rage Back Home” “Everything is Wrong”

This album is refreshing, in the sense that waking up to find a glass of tepid tap water on your nightstand at noon on a Sunday is ‘refreshing.’ Old Interpol isn’t back – even literally, as Carlos D’s departure has left the band a trio – but this album is the closest they’ve come to vintage Interpol in a decade.

“El Pintor” is both an anagram for “Interpol” and Spanish for “the painter.” Both titles fit – this is an album worthy of being self-titled, if they hadn’t already done that on their murky 2010 album. And painting – making something from nothing. The band has basically re-kickstarted themselves; Paul Banks absorbed the bass parts, and they’ve returned to a tighter and denser sound. They’ve made the best out of what was becoming a bad situation – a legacy of people saying “Well, their first two albums were great…” The trio sounds like they’ve shelved some ideas and put “Our Love to Desire” and “Interpol” behind them. To put it more simply, Interpol has not, as you would exactly expect, been affected by critics at all.

Interpol isn’t doing any flexing here. There’s nothing extravagant – no time for that. “El Pintor” is just 40 minutes long. They trimmed everything they could, leaving just the tight, existential journey that was their first two albums. “El Pintor” is structured phenomenally well, with blast after blast. “Interpol” ended on two huge duds, but there’s none of that on “El Pintor.” All ten songs are in the same vein, guitar-heavy proto-post-punk that’s fueled equally by small garages and big cities. Interpol’s tightness in their writing and production has been one of their strongest points in the past, and it is again here.

The album’s best quality may also be it’s most immediate fault. Where “Our Love to Admire” and “Interpol” were insufficient Interpol albums, they did provide some highly listenable songs – “No I in Threesome,” “The Heinrich Maneuver” and “the Lighthouse” from the former, “Barricade” and “Lights” from the latter. There aren’t any songs that demand immediate re-listens on “El Pintor.” It’s an interesting imbalance, that exists within Interpol, where their better albums work well as a whole and and don’t have more standout songs. “El Pintor” works as a whole, and it’s a little tough to just causally listen to any track. But at the same time, it makes it such a stronger album. I listen to “Barricade” all the time, but I’ll gladly say “El Pintor” is a better album. This imbalance exists on their still classic first two albums, “Turn On the Bright Lights” and “Antics.” The better an Interpol album is, the tougher it is to digest.

But, look, so much of reviewing any type of media is comparing it to something done before. And that’s usually not fair to the thing being reviewed. So let’s talk about what makes “El Pintor” subtly, but radically different from any other Interpol album – optimism. It isn’t outward, but it is noticeable. The band is still singing gloom and doom, but it’s a new light – gloom and doom has an end. Even the excellently-titled “Everything is Wrong” has an optimistic streak. It doesn’t overwhelm the album; don’t think the band is suddenly sunshine and fresh fruit, “El Pintor” is still dark and complex. But there’s a slight optimistic streak that’s never existed in the band before.

“El Pintor” might not quite live up to it’s early predecessors, but it’s a great album in its own right. It’s never more evident than in the opening track, “All the Rage Back Home,” which starts with a typical Interpol-ly broody intro before kicking into a pseudo-club beat. It’s unexpected – way unexpected – but it all works. And as much as I, personally, have enjoyed every Interpol album almost equally, it’s refreshing to say that it’s working. Interpol have adjusted to new circumstances remarkably well. They seem to be doing well. They seem happy, or, at least, content.

If you like this, try: the Strokes kinda-comeback album, “Comedown Machine.” “Angles” was garbage so that’s their true comeback.