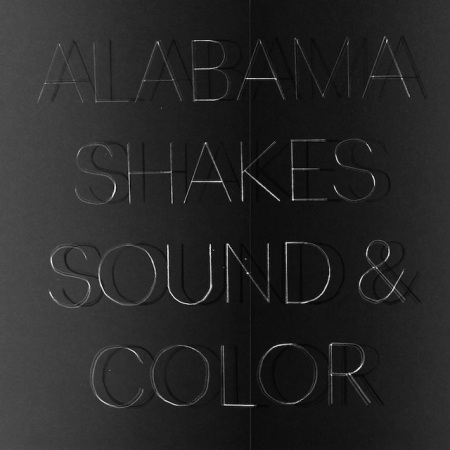 Alabama Shakes’ “Sound and Color” is their sophomore album, but you wouldn’t know it. They sound like veterans, who have earned the right to indulge themselves in whatever they want. They spend most of the album resembling bands that have come before them – anywhere from TV on the Radio, to Citizen Cope, to the MC5. But all the while, aside from a few digressions, they’re a Southern blues-rock band, in total control of their sound. If they want to have fun, they’re damn well going to have some.

The opening song is the title track, a minimalist song based around layered vocals and beats. Intentional or not, it harkens strongly back to TV on the Radio’s opener “I Was a Lover” (from “Return to Cookie Mountain”), as a hushed song that gives the impression that the band could, but isn’t necessarily going to, erupt. The album follows exactly as it’s presented – usually calm and ethereal, but with occasional, noisy flourishes. The second track, “Don’t Wanna Fight,” establishes a smooth guitar line that’s instantly more melodic than the whole previous song. Brittany Howard’s vocals come in as a prolonged squeak, because, why not? Smooth blues vocals are expected to complement the music, and she gets to that point. But fighting the grain is the album’s mission statement.

“Sound and Color” is an album that sounds like it was designed around individual songs, not around an album format. What I mean – take a classic like “Dark Side of the Moon” or “Abbey Road.” Excellent albums, but not every song sounds great when it comes up on shuffle. They’re centered around an album format. Blues (and blues rock) is usually centered around songs, and nearly every track sounds like the band worked out the components that would make it unique. “Dunes” has a quick section where the band gives way to a dissonant pair of acoustic guitars. “Future People” has a synth-y drone in the background that would’ve sent John Lee Hooker to the hospital. Best track “Gimme All Your Love” sounds like an improved version of any song by any boring alt-jam band, occasionally bordering on near-silence. And then it picks up, suddenly, and unexpectedly. And “The Greatest” is a straight, worn punk track, one that sounds like it’s going to have a deceiving, disappointing red herring intro but doesn’t, keeping the energy up for nearly four minutes.

Every member of Alabama Shakes is clearly exceptional. Howard’s voice goes from low and subdued to high and shrieking at any turn. Zac Cockrell’s bass bumps the band through the whole album, more audible than on most rock releases. Heath Fogg’s and Howard’s guitars drive funky, usually melodic but occasionally dissonant rhythms. And Steve Johnson’s drums keep the rhythms afloat, expanding the band’s whole sound. The band occasionally works in group vocals, and sometimes not. Sometimes, they sound like a collective, sometimes they’re supporting one member. But always, they’re laid back and just enjoying what they’re doing. Without the band’s pure enjoyment of the music they’re making, half of the songs on “Sound and Color” would sound unoriginal, played out. But the band seems to understand that they’re playing some pretty hybrid genres, and they roll with it. “Sound and Color” probably isn’t going to be an album we’re looking back on in twenty years, but for an immediate time, it’s a hell of a ride.

If you like this, try: TV on the Radio, but as great as “Cookie Mountain” is, their follow-up “Dear Science” was even better.