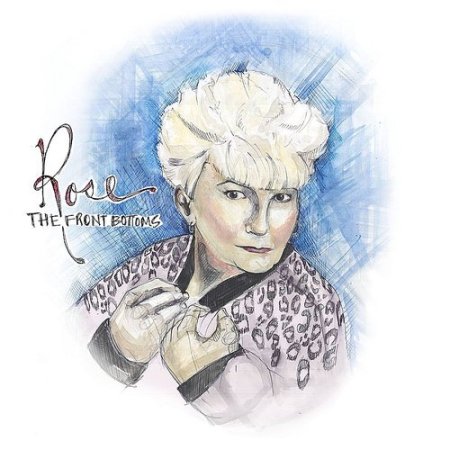 Leave it to a band like the Front Bottoms to put a reviewer in a tough spot on whether to call these songs “new” or not. Because these songs are freshly recorded. But they certainly aren’t new. The first five tracks that make up “Rose” – “Flying Model Rockets,” “Lipstick Covered Magnet,” “12 Feet Deep,” “Jim Bogart,” and “Be Nice to Me” – are re-recordings of older songs, with “Awkward Conversations” the only freshly recorded one. The Front Bottoms released three albums before their perfect 2011 ‘debut’ self-titled, “Brothers Can’t Be Friends,” “I Hate My Friends” and “My Grandma vs. Pneumonia,” respectively. But all three are only available in the deepest corners of the internet, so buried that even some of their more adamant friends aren’t even aware of them. They’ve played these songs live, though, and they’ve become staples, so they’re getting a proper release in the first of a set of EP’s named after the duo’s grandmothers.

The song with the most remarkable difference is “12 Feet Deep,” always one of my personal favorite Front Bottoms songs. “Because you are water twelve feet deep / and I am boots made of concrete” proved in c. 2010 to be an emotionally impacting line, reflecting a relationship that isn’t healthy but still committed. But in 2014, a more steady drumline and more inspired vocals transform it into a more optimistic and hopeful relationship, without altering any of the words. All throughout the EP, there’s lyrics about school and parents, which still sound fresh in Brian Sella’s non-aging voice. The poetry of early Front Bottoms is more natural; less forced than some of the corny couplets on last year’s “Talon of the Hawk.”

Musically, the band has it more together now than they did then. That’s another added bonus of re-recording – the only real fault of their early albums is some messy music, when they were still learning what they were doing. It’s more refined on “Rose,” though still a little off the rails, of course. “Jim Bogart” ditches the inside-a-box production, and adds trumpet and and a slick little keyboard rhythm to build up to the drum entrance. In one way, the songs feel stripped down on this EP – more confined and controlled, sometimes fewer instruments, and with a better production. But in another way, they feel even more expanded and in your face than they did before – the benefit of a band that’s since settled into a signature sound.

It was a smart idea for the band to release these older songs, revamped. Relative fame, a constant touring schedule (and a namedrop alongside the National and Daft Punk in this NYT article) have had the unfortunate drawback of their youthful, innocently downtrodden lyrics sounding less believable. A decidedly terrible full-length didn’t help that, either. So although the band is reaching a wider and wider audience, their music is sounding less personable and less impacting. These six songs show how youthful and energetic the Front Bottoms really are, and by re-recording them, they’ve proven that they haven’t really changed at all. It’s sad, it’s fun, it’s poetic and easy to relate to, so it’s all you’ve come to expect from them. The only criticism? It doesn’t include “The Cops.” And that’s really a personal criticism. Maybe on a future EP.